We have in sight the next Apple keynote . As usual, the company has confirmed the event to the media through an email invitation .

Under the motto ‘Peek Performance’, the appointment will be on Tuesday, March 8 at 7:00 p.m. Spanish peninsular time and will be broadcast live from the Apple Park in Cupertino, so that we can see it virtually through this link .

The multicolored Apple logo can be seen on the invitation, which could hint at the colors of the new devices . However, as always, those from Cupertino remain silent and have not revealed more details of the presentation.

See Also: The Best Phones Presented At The MWC 2022

What do we expect to see at Apple’s keynote?

According to Bloomberg reporter Mark Gurman, who is usually a reliable source of rumors about Apple, it is possible that the brand will announce a cheap iPhone SE at this event . The ‘rumorologist’ maintains that the new device will arrive with 5G, a faster A15 CPU chip and better cameras, and that it will share the same design as the current model , which means that it could retain the Touch ID function.

Gurman is also betting that Apple will announce the latest version of its iPad Air . The new tablet is expected to  arrive with a new CPU and 5G for cellular-equipped models.

Finally, Gurman points out that the apple company is going to implement the new iOS 15.4 update , which would allow unlocking the iPhone and iPad with Face ID even if we wear the mask – a little late, not Apple? -. A universal control feature would also arrive, meaning users could use a keyboard and mouse on multiple iPads and Macs.

See also  Beware of Fake IPhones! Do 7 Ways To Check The Following Ori IPhone To Make Sure

Other Internet gossips also rumored that a new Mac with Apple -designed chips would arrive in March , though Gurman says that probably won’t be something we see this Tuesday. They will also not show the new models of iPhone 14, AirPods, Apple Watch, MacBook Air, iMac and Mac Pro desktop computers, which the firm usually saves for its fall keynote .

How to unlock iPhone Telegram channel

How to unlock the channel iPhone Telegram . Determine the use of the telegraph in your iPhone. And…
byadmin 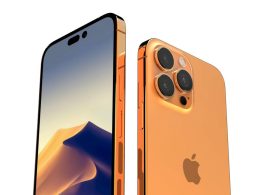 The new iPhone 6 and iPhone 6 Plus are both amazing devices, and they both have their pros…
byadmin

How To Take Screenshot on iPhone x without Home Button

Download UBER for PC, Windows, Android, and Mac now and say goodbye to boring traffic. Getting stuck in…
byadmin