Gon Freecss from Hunter x Hunter, the friend we all want

Hunter x Hunter is one of the most successful anime of recent decades and much of the blame lies with one of its protagonists, Gon Freecss.

It has been one of the news of the summer. After the longest hiatus in manga history, Hunter x Hunter is back, to the satisfaction of a community that has been abandoned for many years since the anime ended in 2014 after Gon Freecs was reunited with his father. The manga had not yet finished the Succession Contest arc. The joy is, even so, contained, since the development of the series will not be regular due to the physical problems of its author , Yoshihiro Togashi.

The first contact with the return of the publication was on October 28, when a promotional video between Gon and Killua welcomed the continuation of the manga. And no matter how little it was seen, it was enough to give fans back the illusion for a series that kept them a lot of company and made them so happy. Blame it , undoubtedly, on young Freecss , whose personality fooled viewers and won a piece of his heart.

His innocence, ambition, determination and sympathy are qualities that catch you from the start, but it is in the most tragic situations of the character that the connection with the audience becomes stronger. It is not strange that one of the most famous moments is when he cries hard with Killua after losing to Knuckle, which prevents him from joining the Chimera Ant extermination team and being able to take revenge for the death of one of his teachers, Kite. . The impotence and frustration of feeling inferior is something transferable to our day to day, which put us fully into the skin of the character.

Gon Freecss, the child prodigy who went looking for his father

Gon is a 12-year-old boy who leaves his home island with a goal between his eyebrows: pass the hunter exam to become one of them and find his father, who abandoned him when he was a child. It is precisely in the test where he meets the friends who will accompany him on his adventures: the aforementioned Killua, with whom he will lay the foundations of a real, lasting, proportionate and brotherly friendship; Kurapika, from whom he learned loyalty and control of emotions; and Leorio, from whom he acquires the ambition and the desire to constantly improve.

All the people who deal with him quickly realize his talent and all his virtues. Among his main powers, we find:

Why is Gon the third most loved character in the series?

There is no doubt that Gon’s personality is capable of attracting anyone. But the strangest thing is that, even when he is the protagonist, the polls only make him the third favorite of the public, surpassed by Killua and Kurapika. The main reason could be that we are dealing with a very balanced person, without excesses that attract attention. He is very emotional and temperamental , as can be seen at times when the lives of his companions are in danger… to the point of not hesitating for a second to kill his own to save the lives of others.

See also  How to play online between PS4 and Xbox One

He is the friend that everyone would like to have: he is full of good intentions, he is one of those who relays his ambition and always makes his relatives participate in his successes. Even so, his pride and being too stubborn has caused trouble for everyone, leading him to harmful selfishness on various occasions.

Perhaps the detail that differs from the previous two are his motivations : Gon’s is very generic, being the best hunter of all; while Kurapika wants to be strong in order to take revenge on the Ghost Brigade that wiped out his and Killua’s entire family, free himself from the family weight of becoming a murderer.

Whatever the polls say, the only reality is that the magic of Hunter x Hunter lies in the wonderful construction of its characters. The good intentions of each of them were never enough and what apparently seems to be a carefree and childish series plunges us into a cruel, hostile and capricious world , where the strongest subdue the weakest.

Tokyo Ghoul Dark War for PC is a great action game. This game comes with a unique storyline…
byadmin

Heroes of Incredible Tales for PC is one of the best games. This game comes with a great…
byadmin 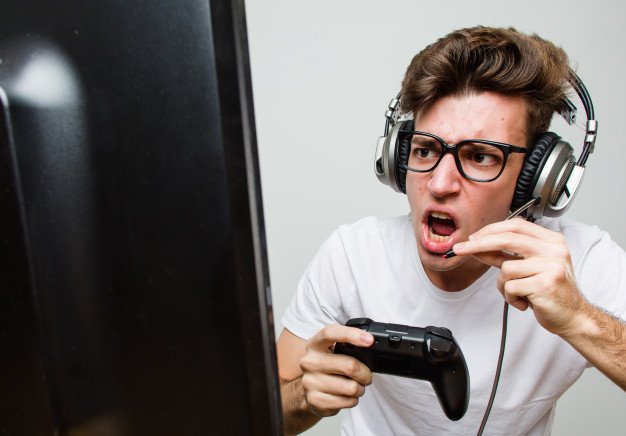 How to watch ping in Fortnite

How to watch ping in Fortnite: During the Fortnite game, something unexpected happened. A second before the opponent was…
byadmin