byadmin
In the new pavilion of the Genoese fair, designed by the architect Jean Nouvel, even the air is saturated with sea salt and the feeling that you are in the water column, inside the aquarium, does not leave.

There is no “sweet life” at all. In the new pavilion of the Genoese fair, designed by the architect Jean Nouvel, even the air is saturated with sea salt and the feeling that you are in the water column, inside the aquarium, does not leave. The sea is on the ceiling, painted, the sea is behind the glass of the pavilion, real, and the sea is on dozens of counters, real: mussels and oysters from the Mediterranean, from Holland and Wales, fresh Ligurian fish – sea bream and sea bass, sardines and anchovies, shrimp and octopus. It takes your breath away from admiration and surprise, you immediately want to try all these wonderful seafood that are spread out in front of you thanks to the next session of Slow Fish – one of the directions of the Slow Food movement.

This movement was created in 1989 by Carlo Petrini, a professional journalist and amateur foodie, to protest the “McDonaldization” of Italy . Its birth was not just some kind of epicurean rebellion against the fast life virus, the philosophy of Slow Food is to help people and companies that are engaged in piece rather than mass production, support national gastronomic traditions, and protect animal and plant diversity. This year in Genoa not only appreciated the fish culinary delights and enjoyed all kinds of dishes, from the simplest and most traditional to the most sophisticated and innovative, or attended master classes of famous chefs. But they sounded the alarm: the sea with its “gifts” is no longer a bottomless barrel, and many of its inhabitants are endangered.

“Few people know,” says Slow Food President Carlo Petrini in an interview with a Friday correspondent, “that in the 14th century in Byzantium, caviar was the food of the poor, and working people could buy a 45-kilogram barrel of black caviar for half their salary! Today it costs a fortune, but if we do not intervene, the caviar story may soon be repeated with tuna, cod and mullet. And how much will sardines cost in the near future?! If we do not stop the predatory extermination of the fish “stock”, then soon the fish caught in the sea will become the food of the elect.”

85 million tons of fish and other seafood are harvested annually in the world, while, according to the latest research of the journal Nature, the number of every third fish among those that are most often “thrown a net” has decreased by 10 times over the past 50 years. In Europe, from year to year, the standards for the extraction (and sale) of certain varieties of fish are tightened, but they are often not observed: only in Italy in 2007, every third inspection by Coast Guard inspectors recorded violations of sanitary standards, and every seventh fish caught was smaller than the required size. minimum. In Genoa, these days, they talked a lot about pirates – and not at all Somali: the volume of the world’s underground fishing is estimated at $ 22 billion, and in Europe the Spanish Las Palmas and Russian Murmansk hold the dubious palm in this matter.

See also  A little bit about bechak, jeepney and tuk-tuk

In addition to these troubles, as it turns out, the European consumer is often sold not the fish that is stated on the price tag or in the restaurant menu – instead of wild bred on plantations or a completely different variety. For example, every other foodie who thinks they are eating swordfish steak is actually eating shark meat, and pangasius, grown in the deltas of polluted South Asian rivers like the Mekong, arrives in Europe in frozen briquettes under dozens of other names.

Slow Fish 2009 also had an educational mission. It was useful for visitors to find out which fish to buy and which not to buy, and why. And if the refusal to buy Chilean salmon, Atlantic cod or swordfish is a contribution to the conservation of endangered varieties and the well-being of the ecosystem, then, say, limiting the consumption of farmed fish is a contribution to one’s own health: mass production in a confined space makes fish more prone to diseases and invasions parasites, which means she’s being prophylactically fed a bunch of antibiotics.

In Genoa, by the way, even without Slow Fish, a fish lover has a place to turn around: in restaurants and osteria you are served only the freshest seafood caught in the morning on the Ligurian coast, and restaurateurs rewrite the menu almost hourly, calling up “their” fisherman, who is in the industry. 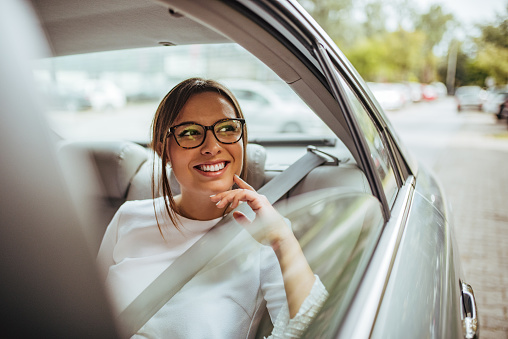 With regards to men’s design decisions, socks are either the first or the absolute last apparel thing that…
byHarold Harley